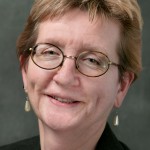 Before becoming Head of Equality and Employment Rights, Sarah was Senior Employment Rights Officer at the TUC, in which role she was responsible for the development of TUC policy on employment law. She co-ordinated TUC activities in relation to the introduction of the Employment Relations Act 1999 and wrote the TUC Guide to the Act. She was also responsible for various TUC submissions to the Government, and was a member of the TUC team which negotiated the national agreement with the CBI and the Government on temporary agency work.

She regularly briefs senior union officers on developments in employment and discrimination law and policy and speaks at conferences and events.

Sarah’s interests include her family, music, reading and politics.