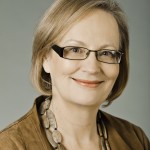 Julie Girling was elected MEP for the South West of England and Gibraltar in June 2009.

MEP Julie Girling will deliver the key note address ahead of Panel 1 discussion on the issue “Risk-based policy making in Europe: lessons from the European Parliament” at the EU Risk Summit on 11th – 12th June 2013 in Trinity College Dublin.